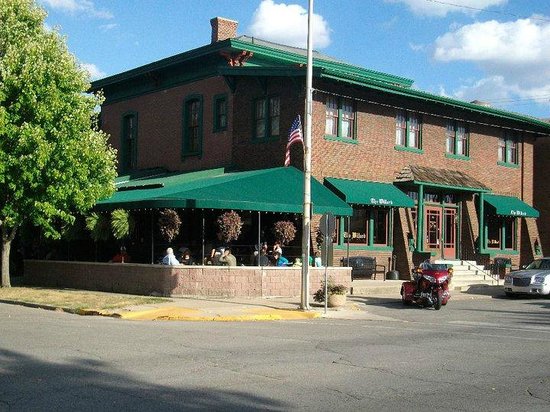 I know you have all been wondering what the Region activity for April was going to be. We have known all along, but we thought keeping you wondering would add to the interest and would end in a large turnout. Just kidding. Actually, our original plan wasn’t possible so we found something else that you will enjoy.

On April 6 we will be heading to Franklin for a great lunch at The Willard in Franklin. If you haven’t been to Franklin lately you are in for a pleasant surprise. I think they want to be the next Carmel. After lunch we will waddle next door to the Historic Artcraft Theatre for a great Alfred Hitchcock movie, “Shadow of a Doubt”. I thought I had seen all of his movies, but I don’t remember this one. I may have slept through it the first time, but Carol says she will poke me if I drift off this time. After the movie we will walk or drive the short distance to have some great ice cream at the Hoosier Cupboard housed in a 1909 Railroad Depot building.

The Willard was built in 1860 as a home and was expanded into a hotel later. Today the place is a very popular restaurant. The Willard is located at 99 North Main Street which is in the first block North of the Courthouse.

Built in 1922 as a silent movie and Vaudeville house, the Artcraft Theatre featured an orchestra pit and full stage with dressing rooms below. It was renovated in 1936 when Trueman Rembusch purchased the building and again in 1948 when the classic Art Deco streamlining and neon were added. The Artcraft Theatre was purchased by Franklin Heritage, Inc. in 2004 and has been undergoing renovations since. The Historic Artcraft Theatre operates on a mostly volunteer basis with revenue from movies and events being used to further its restoration and preservation.

Make plans now to join us. If the weather is cooperative this will be another chance to drive your Classic. Don’t let the opportunity pass.

The whole shebang will be pay as you go. Reservations are not required, but an email or text would be helpful as a courtesy and for our planning.

See you all there!