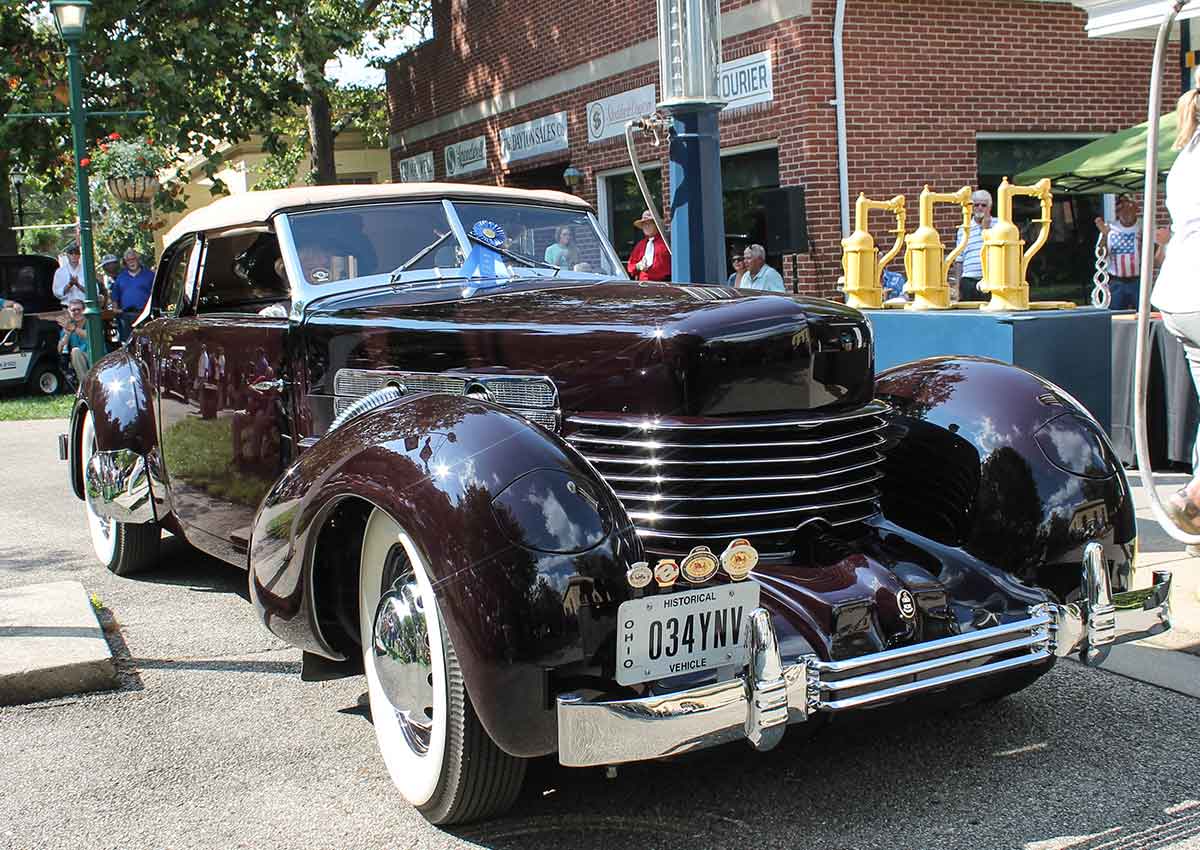 Dayton, the Gem City, 116 miles due east of Indianapolis on I-70, is world-famous as an incubator of science, innovation, industry and invention. At the time of the Wright Brothers’ first flight in 1903, Dayton had the distinction of having the largest number of patents issued per capita of any U.S. city. Dayton was home to NCR, and NCR alumni went on to found such companies as IBM and DelCo. During the early years of WWII, NCR statisticians successfully decoded Germany’s Enigma messages previously determined to be undecipherable. Dayton’s Carillon Park has on display a number of Dayton-made automobiles including restored examples of Stoddard-Dayton, Speedwell, Courier and Lambert. Detroit-based Maxwell also had two assembly plants in Dayton; also at Carillon Park you will fully experience Dayton’s rich history of creativity and invention, from the Wright Brothers, to NCR to Charles Kettering’s electric starter motor and his Dayton Engineering Laboratories Co. (DelCo); Carillon Park has something of interest for everyone. In later years, Dayton was also the home to large G.M. and Chrysler operations. Today, Dayton is home to WPAFB and its 28,000 military and civilian employees, The Museum of the United States Air Force, Lexis-Nexis, a large Honda of America plant, The University of Dayton and Wright State University.

12:15 Lunch with group at The Dublin Pub in the historic “Oregon District” of Downtown Dayton.

3:45 Depart for a visit to the America’s Packard Museum, www.americaspackardmuseum.org/

5:30 Return to hotel, then a very short drive back to Carillon Park for dinner

Participants’ Fee for Saturday’s event, including admissions to Packard Museum and Hawthorn Hill is $17.00 per person. Please click on the Register Here button on this page to sign-up for Saturday’s tour.

Sunday (9/15): Dayton Concours d’Elegance at Carillon Park. Similar to most Concours, Dayton’s show is by nomination / acceptance; CCCA cars are a 2019 featured class and the coordinators are expecting our nominations. But please don’t delay, total participation in all class is limited to the first 200 cars – so get your nomination in early (and confirm your acceptance)! There is no charge for participation in the Dayton Concours, admission for car owners and one guest to Carillon Park / Dayton Historical Society Museum is included. Online registration for the Concours is available at http://www.daytonconcours.com/entry-info.php