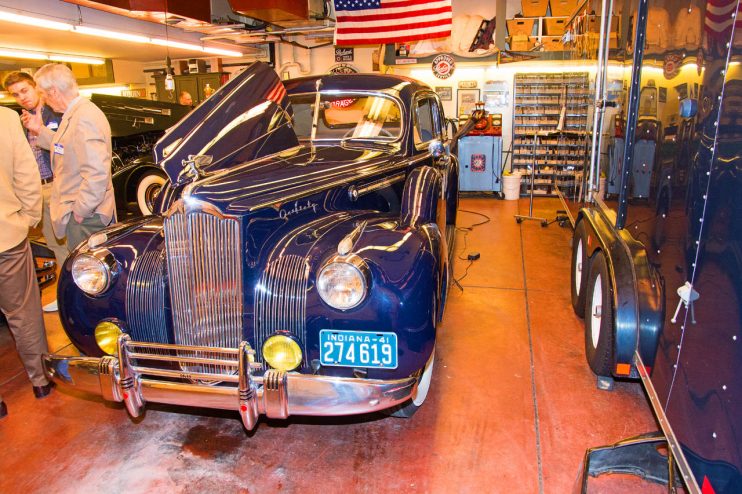 John and Elaine Klein graciously opened their beautiful – and historic – home at 4343 N. Meridian Street to the club for their annual Chili Dinner. Over 40 members gathered to enjoy appetizers before sitting down to tasty chili with all the fixings as well as cock-a-leekie soup.

This was a return to Indianapolis for Burnett who was the main anchor with NBC/Sports channel America and the assistant sports director and #1 rated anchor with WTHR-TV and WZPL-FM in Indianapolis including doing play-by-play for the Colts and reporting from the pits of the Indianapolis 500. His presentation was titled, “That’s Life . . . or at Least my Version of” or “How My Life Wound Up in a Museum.”

Burnett recounted how his love of cars might have started as he learned to drive at age 7 to help out around the family farm. This is also where he learned to preserve what is good in life as well as the value of hard work.

After graduating from the University of Illinois with a degree in communications, Burnett started on a broadcasting career that brought him into a contact with the greatest names in sports. Among the stories he recounted:

Burnett also shared the story of how William “Red” Lewis, inventor of the touchless car wash, came to found the Automobile Gallery and Event Center where Burnett now serves as executive director. You can read more about the Gallery on page 14 in this issue. Burnett promises to keep the Indiana Region’s members updated on news and events.

Following the presentation, everyone was invited to explore the Kleins’ garage to enjoy the 1931 Duesenberg 8 J 472 Convertible Victoria Rollston, 1937 Packard 12 1507 Formal Sedan and 1941 Packard 8 1903 Club Coupe. Also tucked into the garage is Elaine’s pride and joy, a 1967 red Chevrolet Camero. 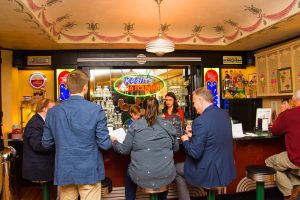 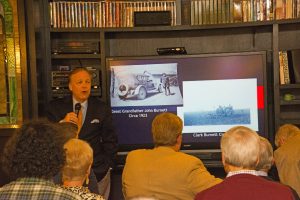 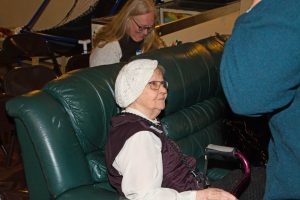 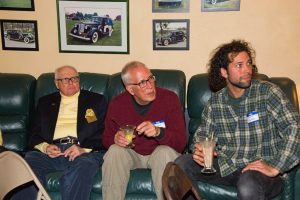 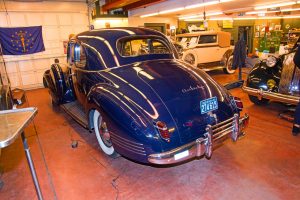 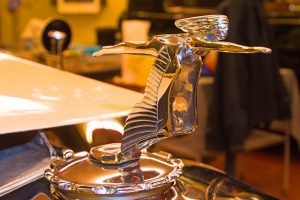 Site of the Indiana Region’s annual Chili Dinner, the Kleins’ beautiful home at 4343 N. Meridian Street was built for Stutz President William Thompson in 1920 and also served as the Indiana Governor’s mansion until 1970. The home is listed on the National Register of Historic Places.
photo by Tim Turner